In 2006, Council commissioned a street tree audit to develop a database of all trees within the Bathurst Heritage Conservation Area, heritage-listed urban parks, the main city entrance roads as well as the villages of Hill End and Rockley.

The aim of the commission was to produce a database and accompanying report that provided short, medium, and long-term strategies for tree maintenance and management along Council road reserves in the specified Heritage Conservation Area (HCA) and major transport gateways. Prepared by Australian Tree Consultants Pty Ltd and adopted by Council in 2007, a total of 4421 individual trees and approximately 120 different tree species were identified during the assessment.

In March 2021, Council again engaged the services of Australian Tree Consultants Pty Ltd, through a competitive quotation process, to prepare and present an updated Street Tree Assessment of trees located within all eleven HCA’s and within five heritage-listed urban parks identified in the Bathurst Regional Local Environmental Plan 2014, as well as four major gateways to Bathurst.

This requirement was brought about by recommendations contained under Section 9 of the Bathurst Region Vegetation Management Plan (2019), whereby Council is required to maintain and enhance the heritage significance of Bathurst and other HCA’s through updating the 2007 Heritage Tree Assessment Report.

The street tree assessment update was confined to Council’s roadside corridors and median strips within the HCA’s of Bathurst and the villages of Hill End, Perthville, Evans Plains, Peel, Sofala, Wattle Flat, Rockley and Trunkey Creek, as well as major gateways into the City of Bathurst including the Mitchell Highway, Mid-Western Highway, Gilmore Street - Sofala Road and Vale Road, and five heritage-listed urban parks including Centennial Park, George Park, Kings Parade, Machattie Park, and Victoria Park. These areas are estimated to incorporate 54 kilometres of urban roads, 31 kilometres of rural village roads and 18 hectares of urban parklands.

It is anticipated that the updated street tree assessment will be used by Council to:

• Maintain the character, function, and aesthetic appeal of the Bathurst regions HCA’s, it’s heritage-listed urban parks and City entrances.
• Contribute to the determination of tree maintenance schedules.
• Contribute to the determination and scheduling of tree replacement programs, as finances become available
• Minimise its risk in relation to public liability, including injury and damage to persons or property.
• Reduce costs associated with maintaining sub-optimal trees.

The completed report will make recommendations regarding tree maintenance and management within the framework of Council’s existing Bathurst Region Vegetation Management Plan,  Guidelines for Tree Management and Tree Preservation Order.

The Bathurst HCA street tree assessment indicated a significant improvement in the condition of street trees on 2007 figures (53%, 1816 in good condition) with 75% (3532) of the street tree population in good health. These figures show an ongoing commitment by Council to improve the tree population with half of the assessed trees being of juvenile (12%, 552) to semi-mature (38%, 1786) in age.

Arboricultural works undertaken by Council since 2007 has resulted in fewer trees assessed in the Higher Risk categories of Critical (1), Urgent (2) and High Risk (40), for the size of the population assessed in Bathurst. Two (2) trees in Havannah St, Bathurst were assessed as Critical Risk requiring immediate action by Council, by way of removal in April 2021, due to imminent failure.

Across the ten (10) regional HCA’s, close to 63% (1,066) of the tree population assessed in these areas were found to be in good health, with 58% (980) having a useful life expectancy of 50 years or more. It was noted however that trees growing under powerlines were in worse health than trees that have not been pruned for powerlines.

As was evident in the Bathurst HCA, arboricultural works undertaken by Council since 2007 have resulted in no street trees assessed in the higher risk categories of Critical Risk or Urgent Risk. However, four (4) trees were assessed as High Risk with three (3) trees requiring removal in Hill End and one (1) tree in Peel. One other High Risk tree was identified in Hill End requiring an aerial inspection before the final decision on the management of this tree can be made.

A total of 632 trees were assessed within five (5) heritage-listed urban parks including:

Results from the tree assessment indicated that there was a significant improvement in the condition of street trees on 2007 figures (23%, 27 in good condition) with the majority (79%, 500) of the tree population assessed found to be in good health and have a useful life expectancy of 50 years or more. These figures reflect the prolonged sustainability of the trees assessed within the five heritage listed parks. 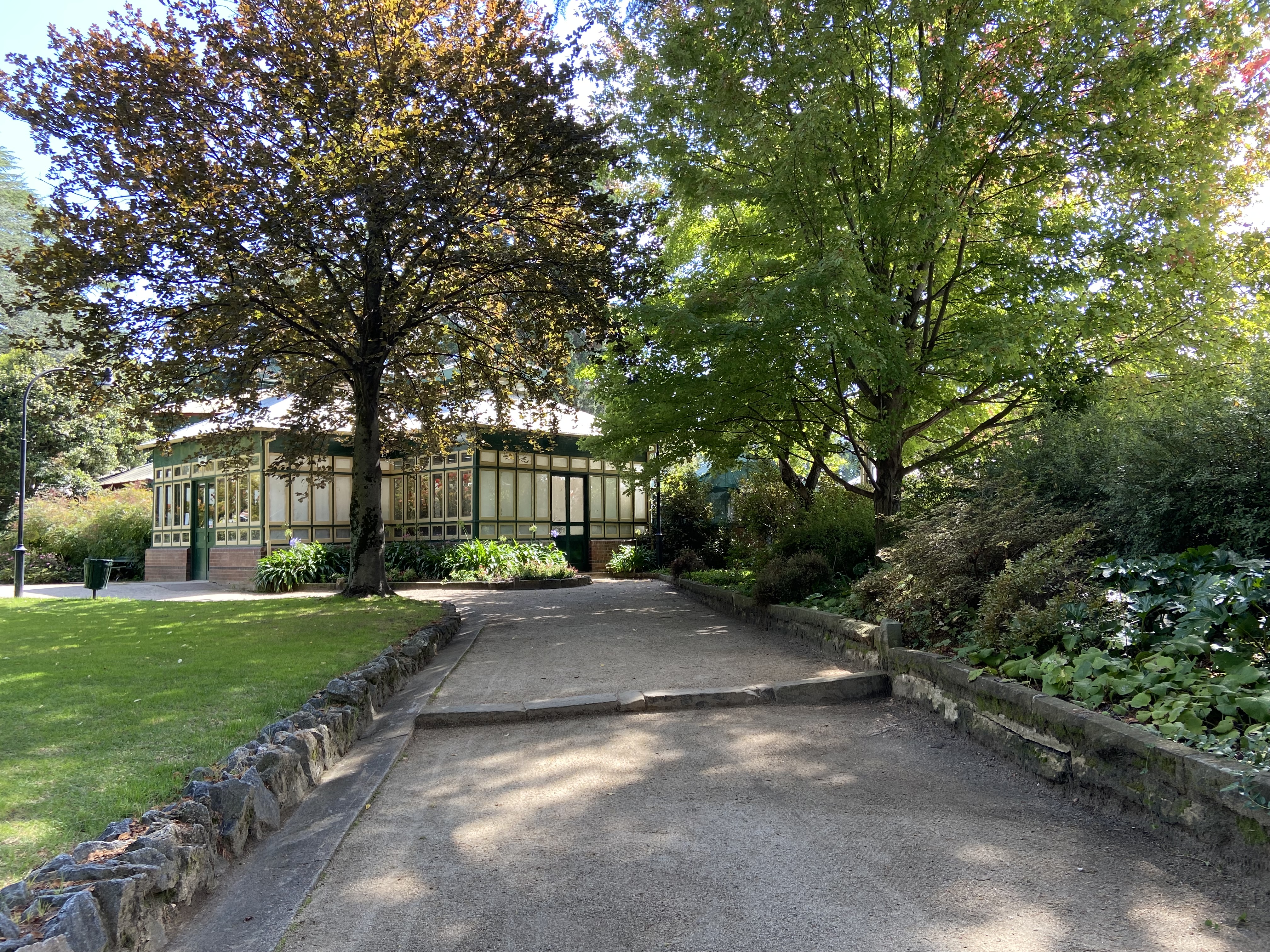 From the report, it is apparent that arboricultural works undertaken by Council since 2007 has resulted in no trees assessed as Critical Risk and only one (1) tree in Victoria Park (Tree No.35) assessed as Urgent Risk. Fewer than five (5) trees in Centennial Park (Tree No.1 and No.73), George Park (Tree No.67) and Machattie Park (Tree No.23 and Tree No.156) were assessed in the Higher Risk categories.

During the course of the arboricultural street tree assessment of trees located on selected main road entrances and within HCA’s, Australian Tree Consultants Pty Ltd also conducted a survey on areas where possible new trees could be planted.

In Bathurst 356 tree planting opportunities were recorded where it may be possible for Council to install new trees. It is Council’s intention to continue planting in areas identified as opportunity sites, upon further investigations into other possible restrictions along existing road networks and as finances become available.