Important civil works that protect our communities from natural disasters, such as floods, can potentially impact on the conservation values of our native flora and fauna. At Perthville, the recent construction of the Perthville Floodwater Mitigation Works in 2017 required the removal of four mature Black Gums (Eucalyptus aggregata) from along the banks of Queen Charlotte Vale Creek. In NSW, Black Gums are identified as a threatened species under the Biodiversity Conservation Act 2016 (NSW).

To compensate for or ‘offset’ the removal of this threatened species, 144 genetically pure Black Gums have been replanted at the North Street Offset Site where they will be maintained and monitored until they reach maturity in around 20 years.

The site will also have a special ‘in-perpetuity conservation agreement’ ensuring the ongoing protection of the site by future landholders. These offset actions will provide a positive long-term environmental outcome for the Black Gum population ensuring it's survival in Perthville and throughout the Bathurst Region.

What’s in a name?

The Black Gum is a small to medium-sized woodland tree growing to only 18 metres in height. The bark on its trunk and main branches is flaky and fibrous and is a dark greyish-black in colour hence its name.

It’s juvenile leaves are narrow or oval-shaped (4-7cm long) and dull green in colour, whilst it’s adult leaves grow much longer (5-12cm long), are slightly curved, and are glossy dark green in colour. Black Gums flower from Spring through to Autumn, with small white or cream blooms in clusters of seven. Once these flower buds mature they develop fruit or gumnuts that hold its seeds.

Black Gums are found in the NSW Central and Southern Tablelands with isolated populations in Victoria and the ACT. Black Gums have a moderately narrow distribution, occurring mainly in the wetter, cooler and higher parts of the tablelands such as here in the Bathurst region. 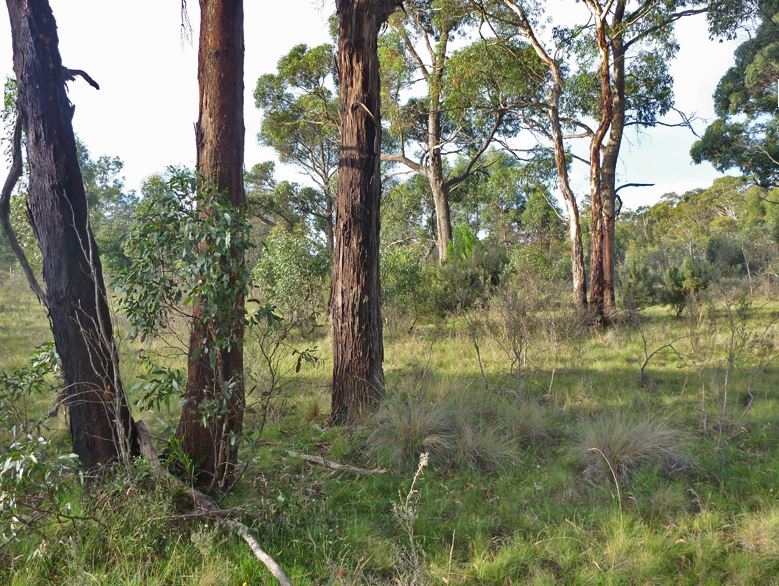 Why are they threatened?

The Black Gum is listed as vulnerable under the Biodiversity Conservation Act 2016 (NSW) and Environmental Protection & Biodiversity Conservation Act 1999 (Cth) due to a number of key threatening processes. Land clearing for agriculture and urban expansion can greatly impact on the species by reducing its range whilst competition with weed species such as Blackberry (Rubus spp.), Phalaris (Phalaris aquatica), Cocksfoot (Dactylis glomerata), Willow (Salix spp.) and Scotch Broom (Cytisus scoparius) can reduce its recruitment in those first few years of life. In small communities such as those present in our region, hybridisation with related species such as Ribbon Gum (Eucalyptus viminalis) and Snow Gum (Eucalyptus pauciflora) can lower genetic fitness of the Black Gum which increases their risk of extinction. 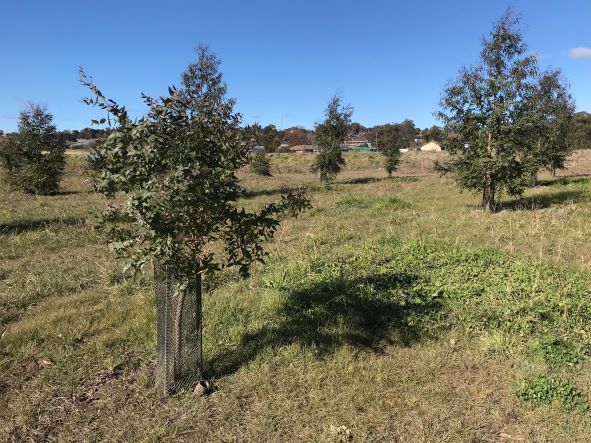 Precious Seeds
Genetic studies by scientists have shown that small remnant patches of Black Gums are showing a high rate of hybridisation with other Eucalyptus species which can be detrimental to the health and vigor of Black Gum offspring. Identified as genetically pure by scientists at the National Herbarium of New South Wales, seed stock from the four Black Gums removed in 2017 were chosen for propagation by a specialised local nursery for planting at the North Street Offset Site. 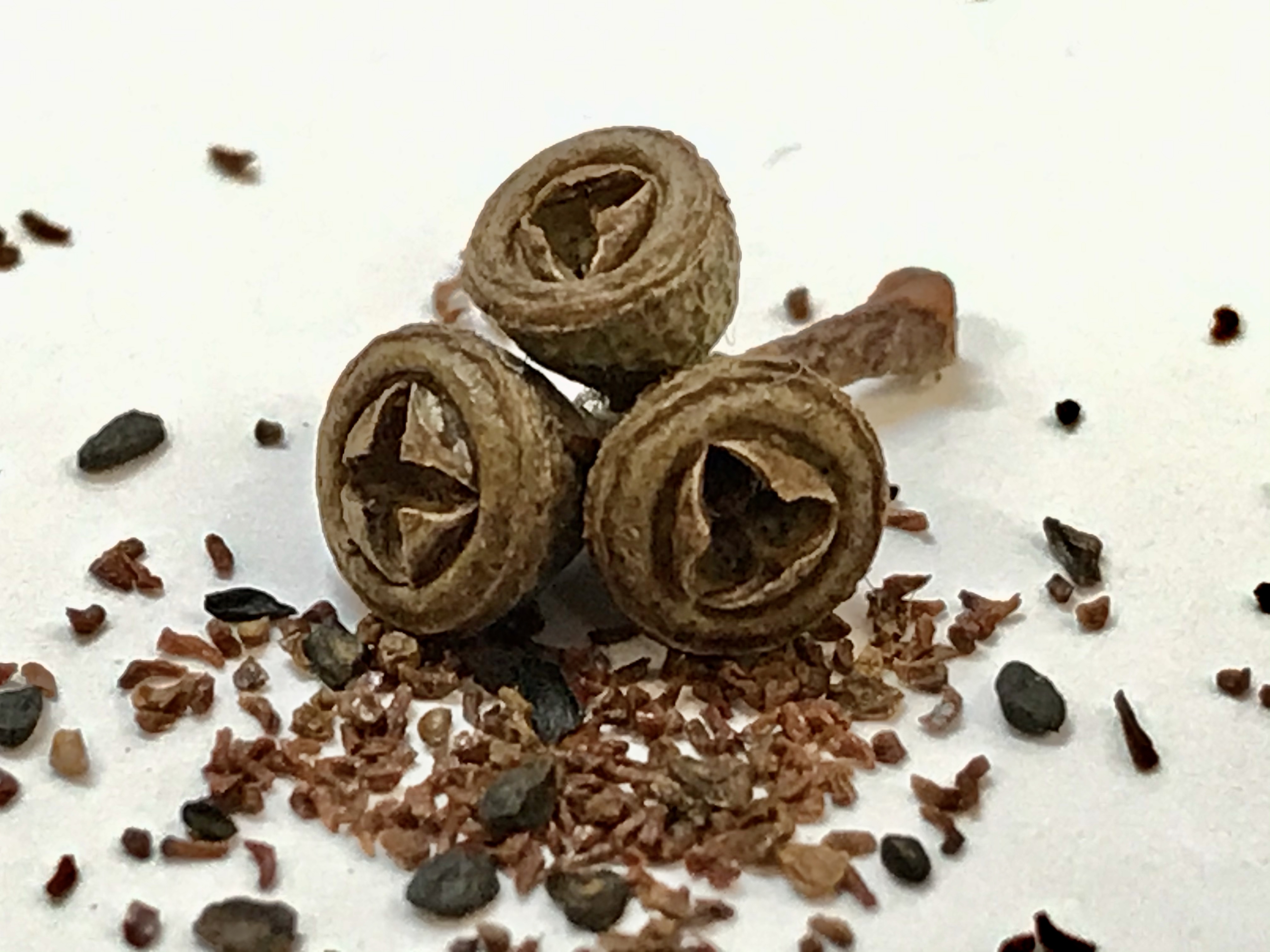 The ensure the survival of the 144 Black Gum's planted at the North Street Offset Site, Council has developed an Offset Management Plan (OMP) in response to the Perthville Floodwater Mitigation Works Species Impact Statement. The OMP outlines the immediate, mid term and long term offset goals for the project including tree planting design, the ongoing maintenance activities (watering, weed control and grazing management), access control and proposed replacement strategies for loss of seedlings.

As part of the OMP, an annual monitoring program over 20 years has also been developed to record tree survival rates and overall tree health. You can follow the growth of these incredible Black Gums by checking out the annual monitoring report from 2021 and 2022 below: 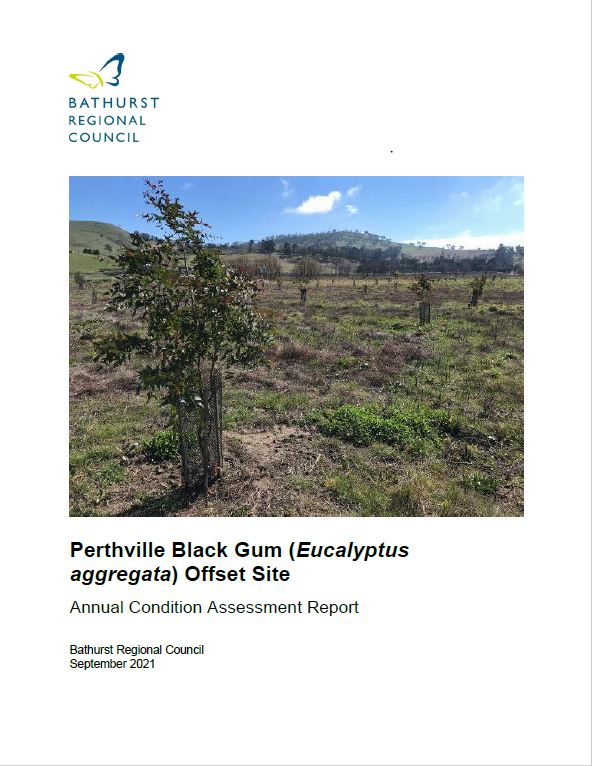 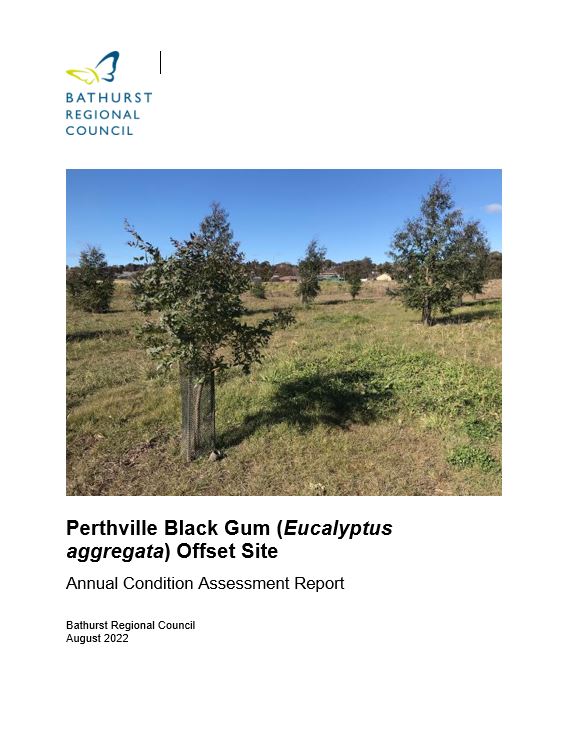 Where can I find more information?

To learn more about the Black Gum and the important work that is being done to save this species from extinction visit the NSW Government's Saving Our Species Black Gum profile.