Over the last ten years, significant environmental rehabilitation works along Hawthornden Creek have been undertaken by Council including activities in the section of the creek transecting Jaques Park South Bathurst.

Works have involved the removal of riparian weed species such as Poplars, Willow, and Blackberry, which comply with those responsibilities that Council have under the Biosecurity Act NSW (2015) and under the Central Tablelands Regional Strategic Weed Management Plan 2017-2022.

Council has progressively been rehabilitating the riparian vegetation zone along Hawthornden Creek Jaques Park and achieved a major transformation from what was once a highly degraded site dominated by invasive riparian weeds, and devoid of natural vegetation and in stream channel diversity.

The rehabilitation works at Jaques Park are a recommendation of the Bathurst Region Vegetation Management Plan, adopted by Council in 2019, and the Bathurst Urban Waterways Management Plan. The plans recommend removing riparian weeds and replanting the riparian vegetation zone with locally occurring native species.

The most recent staged environmental rehabilitation works that have been programmed by Council for Hawthornden Creek Jaques Park commenced in April 2020 with the removal of six mature poplar trees from within the riparian vegetation zone of the creek.

The removal of two remaining poplars located within the riparian section of the creek was followed by a Community Tree Planting Day in October 2020. A range of native trees, shrubs, rushes and grasses were planted along the creek including River Sheoak, Yellow Box, Silver Wattle, River Bottlebrush, Swamp Tea-tree and native grasses. Plants that have been chosen are local to the Bathurst region and will continue to provide important habitat for the local fauna and stabilise the bank to reduce erosion. More Community and School Tree Planting Days are scheduled for Spring 2021 and Autumn 2022.

Community and student volunteers have been heavily involved in this ongoing project since 2010, helping to revegetate Hawthornden Creek at Jaques Park through scheduled community and school tree planting days whilst also learning about the benefits of riparian habitat rehabilitation.

Council is excited that further opportunity will be provided for the community to participate in the continuation of the Hawthornden Creek Jaques Park Environmental Rehabilitation Project. 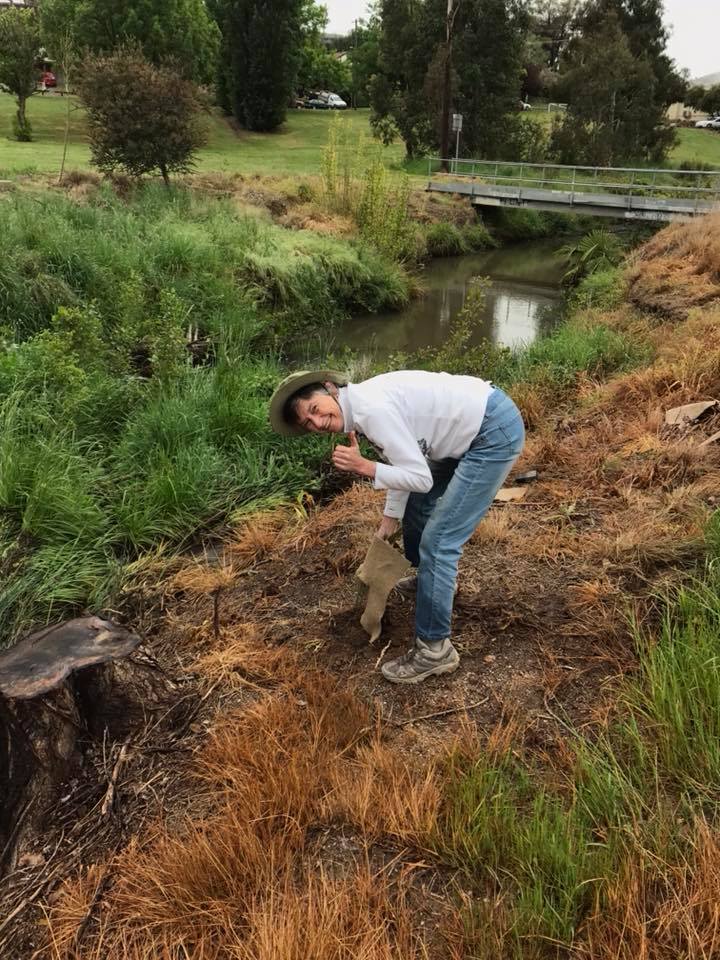 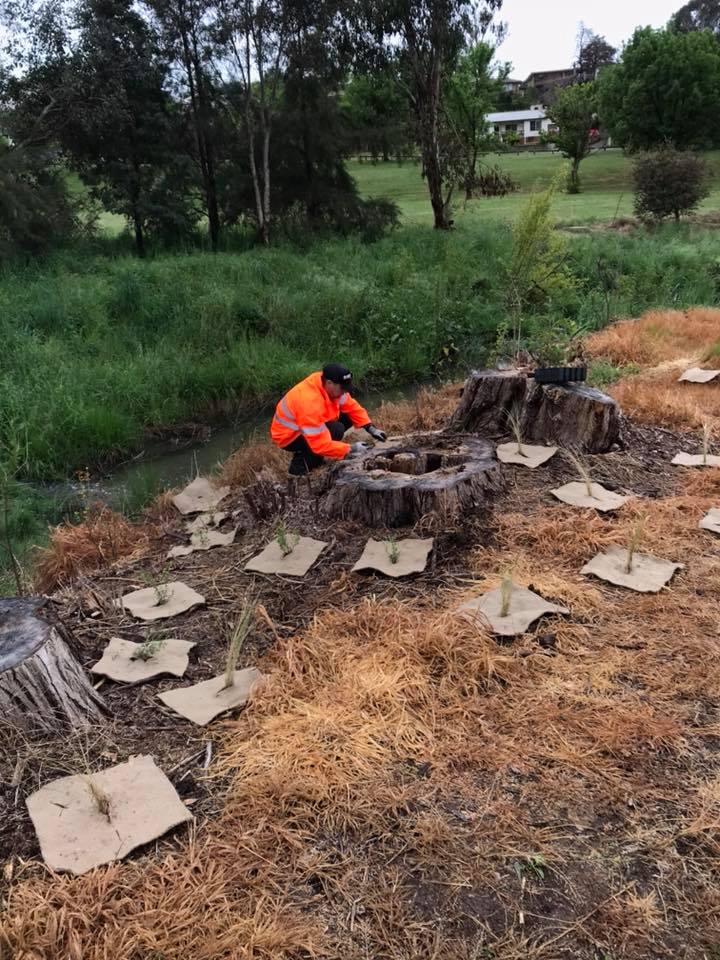 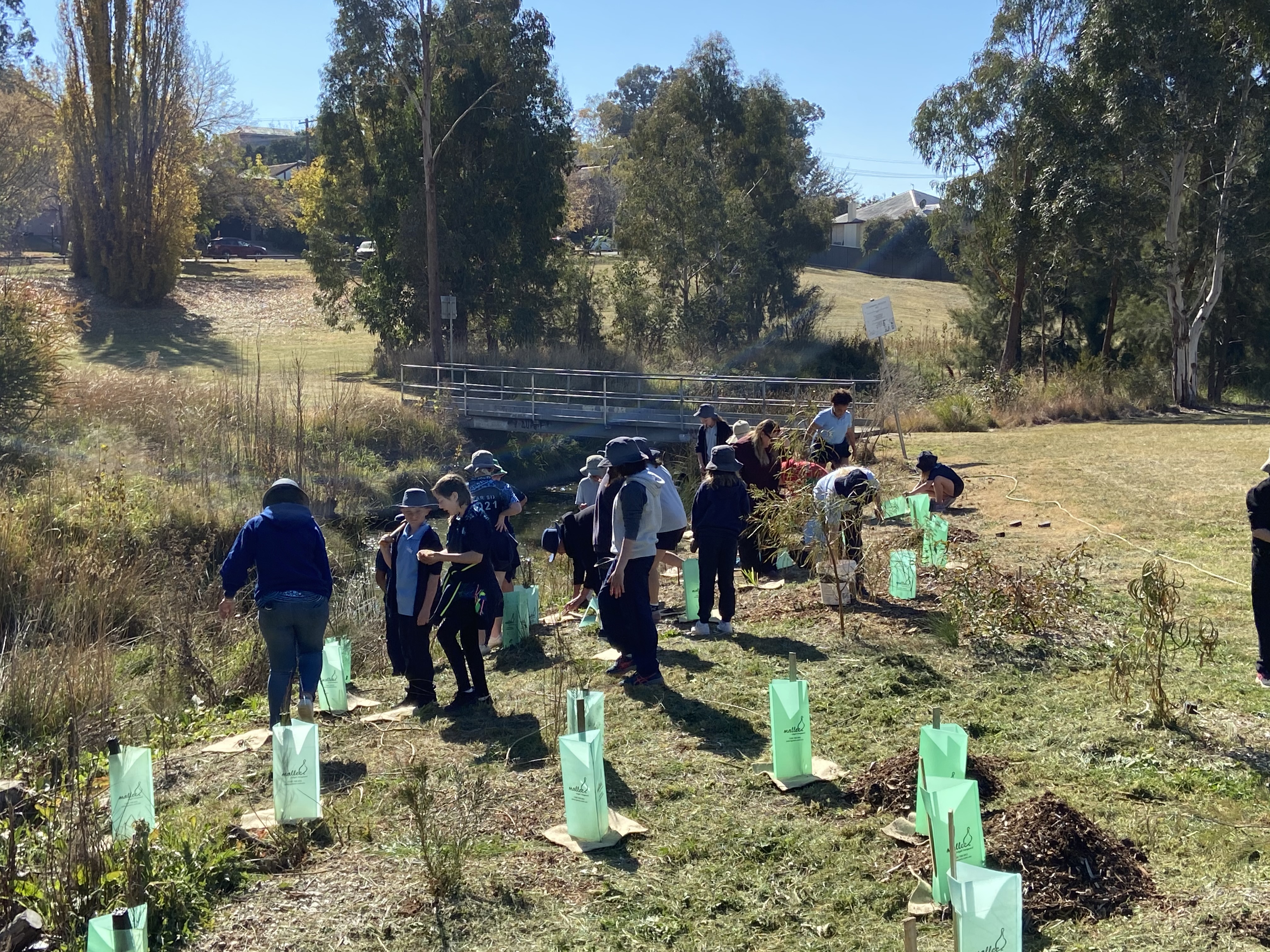