Peppers Creek Rockley recently underwent a major environmental rehabilitation project which saw the removal of invasive riparian weeds species and the planting of 740 locally grown native trees, shrubs and rushes along its banks. Located at the entrance to the Rockley Sports Ground off Budden Street, the aim of the project is to reduce the presence of invasive riparian weeds such as willow, poplar and elm using best practice methods, improve habitat for native wildlife such as resident platypuses and birdlife, and to beautify and improve the health of this much loved creek.

In March 2020, a qualified environmental conservation contractor was engaged to plant a range of native trees, shrubs, and rushes along the creek including Ribbon Gums (Eucalyptus viminalis), Silver Wattle (Acacia dealbata), River Bottlebrush (Callistemon sieberi), and Mat-rushes (Lomandra longifolia). Plants that were chosen for this project are local to Rockley and will provide habitat for the local fauna and stabilise the bank to reduce erosion. To ensure the survival of these plantings particularly during drought, the plants were mulched and will continue to be watered and weeded until they have successfully established.

Prior to the start of revegetation works in March 2020, a qualified arborist contractor removed a number of elm, willow and poplar trees from along the riparian corridor of the creek. The reason for their removal is that unlike most native vegetation, invasive tree species such as poplars and willows, form thickets which divert water outside the main watercourse or channel, causing flooding and erosion where the creek banks are vulnerable. Poplars and willows are also responsible for reducing water quality through the deposit of large amounts of organic material in the form of leaves during autumn. The large load of organic material, combined with rapid breakdown by microbes, results in an excessive release of nutrients into a waterway, leading to poor water quality and eutrophication.

The project is a recommendation of the Bathurst Region Vegetation Management Plan (VMP) which was adopted by Council in 2019. As part of this plan, Peppers Creek was identified as in poor condition due to clearing in the catchment, loss of native riparian vegetation, and invasive riparian weeds such as willows, poplars and elms. The plan recommends the restoration of the riparian vegetation zone along Peppers Creek to improve water quality and amenity. 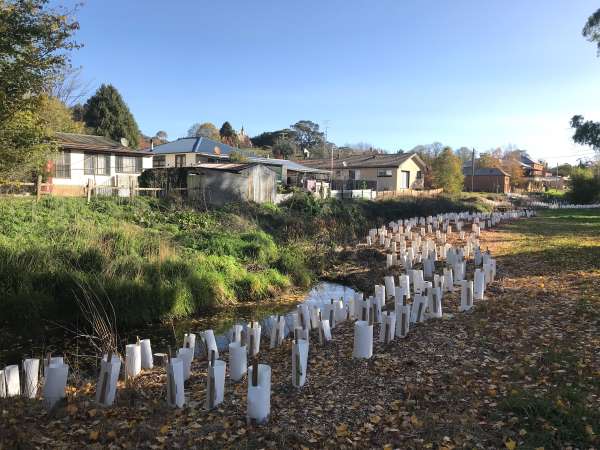 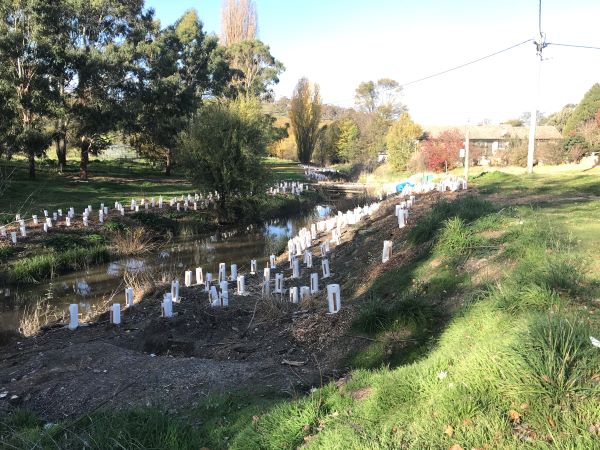