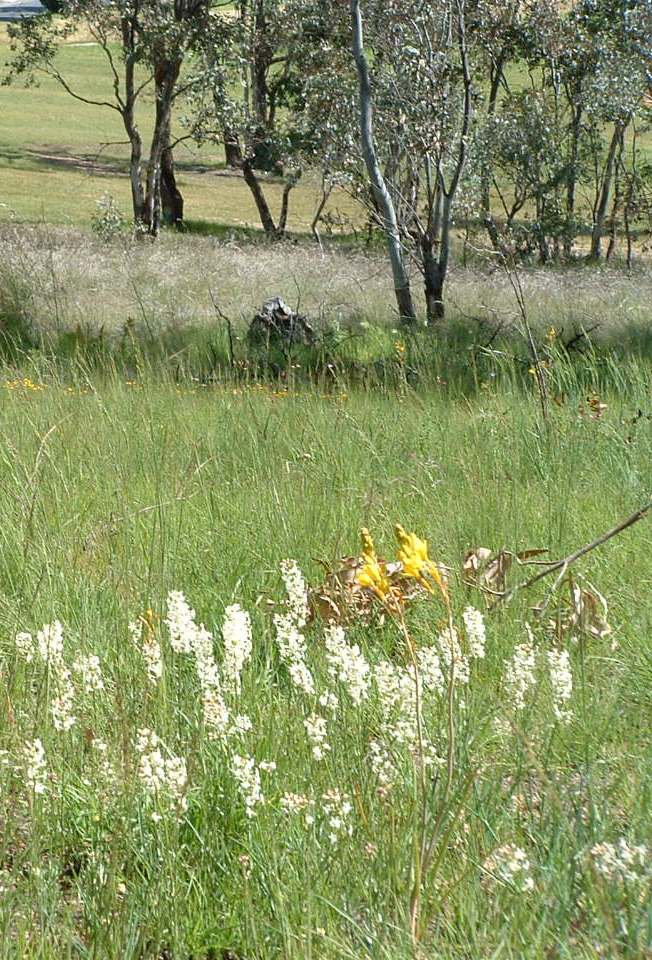 .  The site contains trees, grasses and other understorey plants which are characteristic of White Box-Yellow Box-Blakely’s Red Gum Woodland which at the time was listed as an Endangered Ecological Community by the NSW Scientific Committee under the Threatened Species Conservation Act 1997 (NSW).  Less than one percent of this vegetation type, which once extended on the better quality soils of the slopes and ranges from northern Victoria to southern Queensland, still exists in reasonable condition.

Sometimes referred to as Box Gum Grassy Woodland, the usual characteristics of this vegetation type include a widely spaced, mature upper canopy of two or three species of Eucalyptus trees and seedlings of various ages of these trees, few shrubs predominantly in moister areas, and an extremely diverse assortment of native grasses, herbs and forbs.  Many of these understorey plants are perennial species which are only apparent for a short flowering period, particularly during spring.  Healthy examples of Box Gum Grassy Woodland also include both standing and fallen dead trees and bush rocks which provide habitat for a wide range of animals from microscopic insects to birds, bats, reptiles and larger mammals.

Supported by the NSW Government's Environmental Trust, in cooperation with Bathurst Regional Council and Greening Bathurst, the 'Saving Brooke Moore Woodland' Project aimed to conserve and enhance a rare remnant of native vegetation in urban Bathurst.

The 'Saving Brooke Moore Woodland' project was able to minimise the threats to the site by the installation of 950m of rural fencing to restrict unauthorised vehicle access, necessary to prevent rubbish dumping and the uncontrolled collection of firewood and bush rock. Revegetation works by community volunteers saw the planting of 400 native grasses, herbs and forbs, whilst weed control throughout the reserve  saw a significant reduction in weeds such as Briar Rose, Cotoneaster and St Johns Wort. The project also saw the installation of a series of attractive signs to inform the community of the characteristics and components of this significant site.