Electric vehicles are going to become more common, we know that. Australia no longer has a car manufacturing industry, so the vehicles we buy come from Europe, Asia and the USA. Most manufacturers have set targets to replace their existing vehicle range with cars that are completely powered by electric motors within the next 10-15 years. This means that the Australian automotive landscape is going to change, whether we are ready for it or not. Bathurst Regional Council sees this as an opportunity, rather than a problem, and is working to ensure the transition is as smooth as possible with minimal disruption to tourism, business and the community.

Electric Vehicles, or EVs as they are commonly named, have been around for over 100 years and were created alongside the first petrol and steam cars. Electric vehicles were the first cars to reach 60 and 100km/hr in the late 1890s. By the early 1900s, electric vehicles made up nearly 60% of the car market and home charging kits were even available. It wasn't until the rapid expansion of oil reserves and cheaper petrol, along with the improved production of petrol cars like the Model T Ford did petrol cars become cheaper and more common and EVs were phased out. 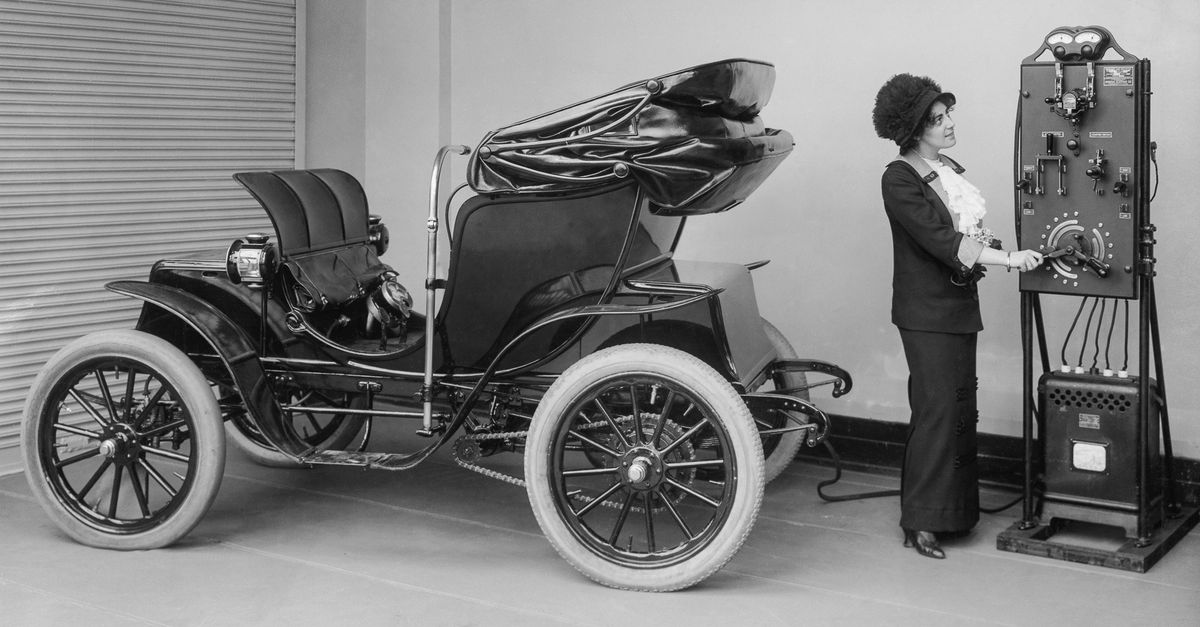 There were only a few, small and low range EVs on the market until Tesla released the Ferrari-like fast Roadster in 2012. Then things started to change. A few car companies started to again dabble in electric vehicles until a concerted effort was made to cut vehicle emissions in response to public opinion regarding pollution and climate change. EVs are now seen as the future for much of the passenger and light vehicle fleet.

As much as 30% of global, and 20% of Australian greenhouse gas emissions come from transport - predominantly cars, trucks and buses. EVs can emit between 30% less (if powered by the grid) and 100% less (if powered by renewable energy) emissions than the petrol equivalent. Many respiratory health issues can be linked to transport pollution and governments and communities also spend millions in trying to block the noise from transport. As EVs do not emit any pollutants at the source and are much quieter on the road there is a big benefit to local communities by changing to electric vehicles as the main type of transport. 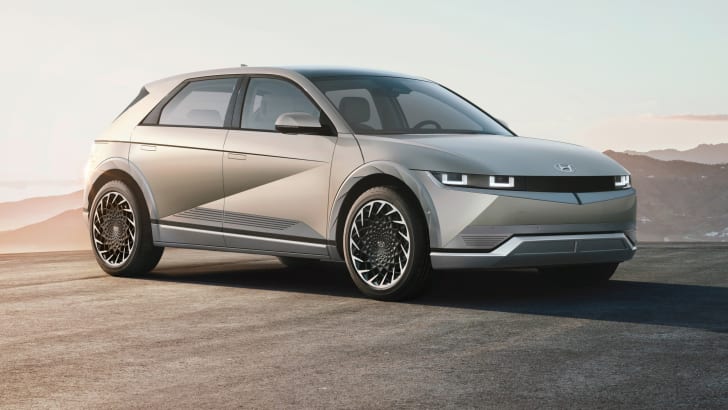 EVs can be charged overnight at home on off-peak electricity for as little as $10 - $20 for a full charge, or at over 300 fast charge stations across the country. Many EV’s can recharge their battery through braking and motor regeneration which further adds to their range and efficiencies. They also require little service and maintenance as there are few moving parts. Batteries can last several hundred thousand kilometres before needing replacement and can be entirely recycled at the end of their life.

In 2021, the cost of an EV was 50-100% more than the petrol version, but this is coming down rapidly as battery technology improves and efficiencies are gained. There are a range of EVs already available in Australia as seen here. The prediction is that by 2025, an electric vehicle will cost around the same as a petrol car, and then they will only get cheaper and more common after that. We have seen similar significant price drops in products such as solar panels, so we recognise it is only a matter of time.

We know that once the price of a new technology is similar or cheaper than the old one people will start making the switch. The same is predicted for EVs so Bathurst Regional Council is getting ready for this change.

In 2018, Council purchased a Plug-in Hybrid Electric Vehicle(PHEV) as a trial: a Mitsubishi Outlander. This has a petrol tank and engine so it can be fuelled and driven as normal, but it also has an electric motor and lithium battery that can be charged from a power point or fast charger and recharged through regenerative braking, when driving. The car drives on electric only during light loads (around town or downhill) and on petrol and electric during heavy loads (when towing, overtaking or uphill). This trial has already shown that the fuel use is around 30% of a petrol version. Including electric charging costs, the PHEV achieves a 50% saving in daily fuel costs. 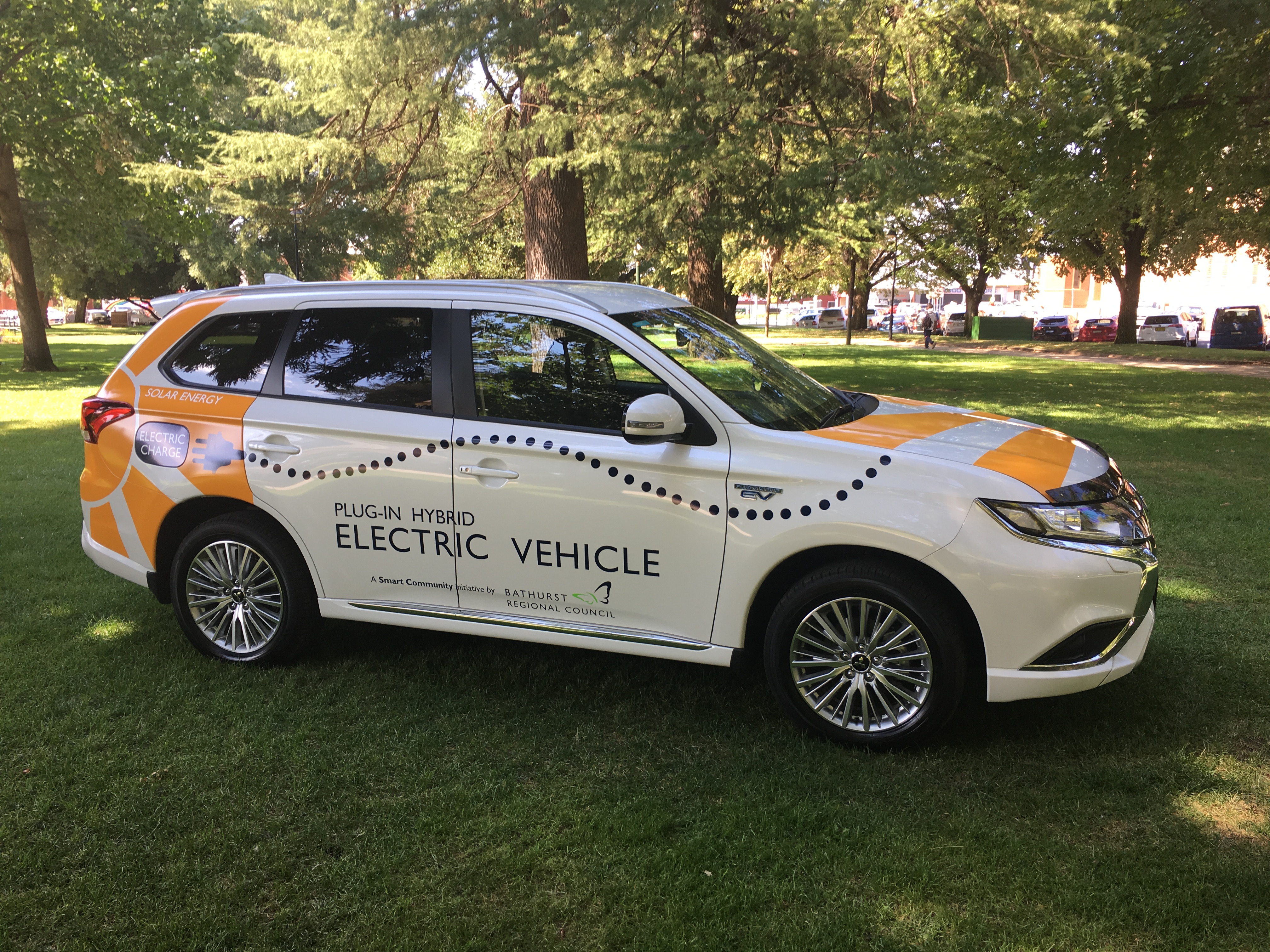 With Council spending around $1 million dollars each year on petrol and diesel, any avenue to achieve overall savings should be investigated. The reduced greenhouse gas and local air pollution emissions achieved is an added bonus!

This trial has indicated that hybrid electric vehicles can achieve significant operational savings. Council is now looking at how the number of (non-plug in) hybrid electric vehicles in the fleet can be increased, keeping in mind the slight differences in price and servicing needs. Just as when investigating other minor operational changes to achieve efficiencies or savings within Council a cost benefit analysis has been conducted and this has shown that simple paybacks can be achieved within the normal life of a Council passenger vehicle. Council will also investigate how a full battery electric vehicle (BEV) can be used in the fleet.

At the moment, BEVs are much more expensive than petrol or hybrid electric vehicles, however, the operational cost savings can significant. Council will look to trial the use of a BEV passenger vehicle in the fleet. This will include range, daily use as a Council vehicle, charging and servicing needs. This trial will also mean that once battery electric vehicles become more affordable and fit the needs of Council, there can be a smooth transition over to this technology.

Helping each other get ready for electric vehicles

Electric vehicle chargers
Council is helping the community to get ready for electric vehicles. This has included negotiating lease arrangements with Tesla and NRMA to host fast chargers (30-40 min recharge) near the Bathurst Visitor Information Centre. Council has also installed a daily charger (around 3-hour recharge) for Council vehicles near the Civic Centre, as well as public daily chargers at the Bathurst Rail Musuem, 126 Havannah Street, Bathurst. 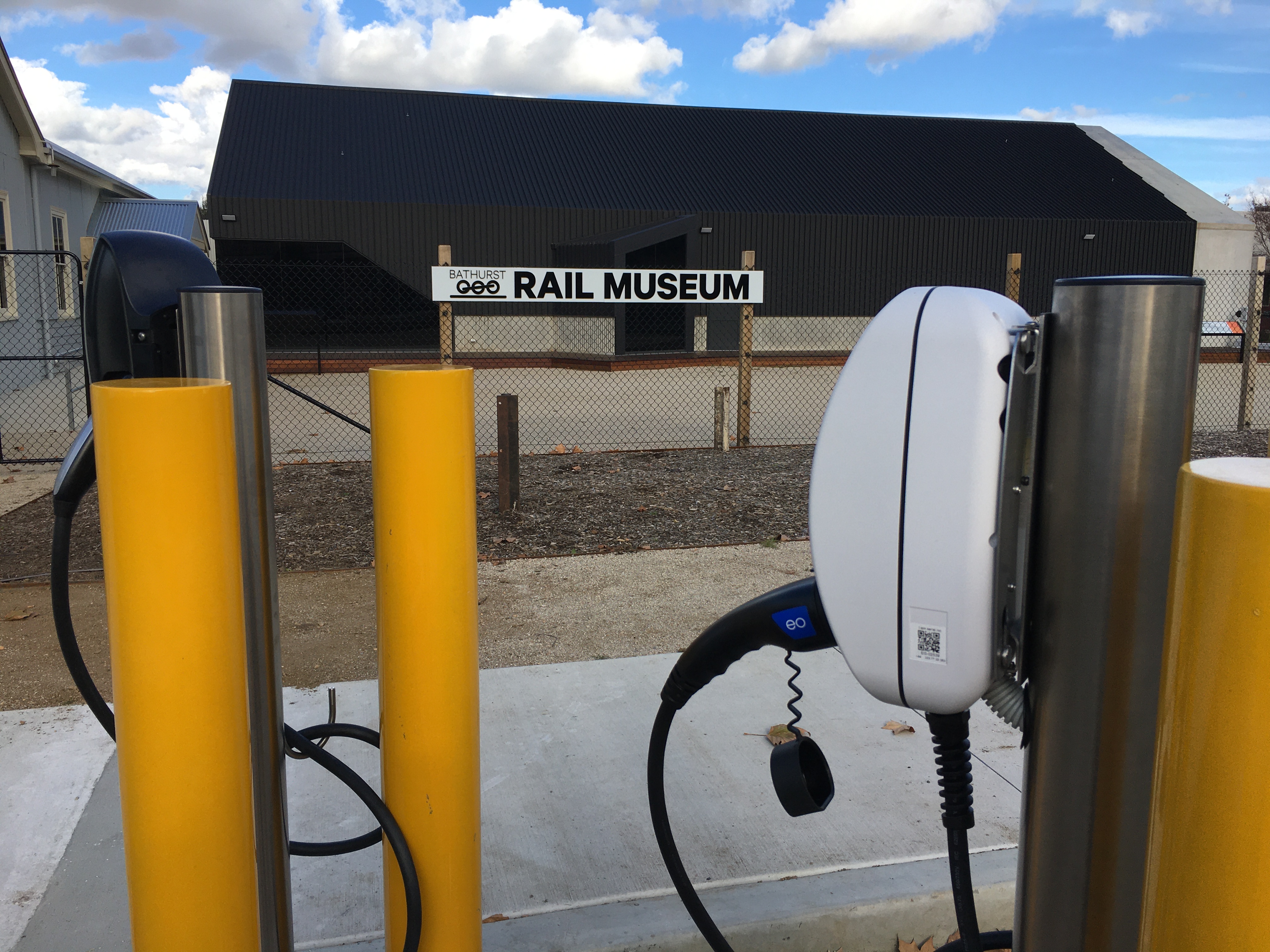 Council plans to install daily charge stations at public facilities and tourism pathways so that EV tourists can stop, visit local attractions, and conveniently recharge their car. Visit www.plugshare.com to see the wide range of EV chargepoints in your neighbourhood or on your travel route.

Electric vehicle toolkit
Council is working with the Central NSW Joint Organisation of Councils to improve knowledge amongst Council staff, and to help Councils and the community meet the needs of EV tourists, customers and staff. An EV Toolkit has been developed to answer the common questions and to guide the installation of charge points in a range of situations.

If you would like to know more about Council's transition to electric vehicles, email or call 6333 6552.