Chifley Dam was originally completed in 1956, and built in accordance with the standards and knowledge at that time.  Since then, more data has been available, particularly regarding rainfall. 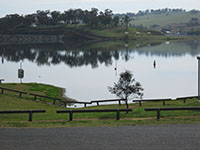 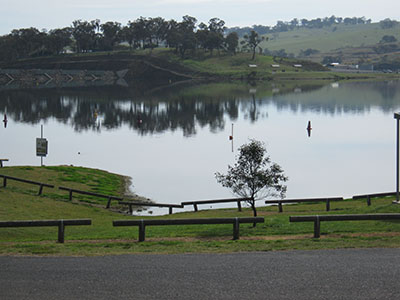 During the 1990's, a check was made and it was found that the existing dam did not comply with the revised dam safety standards set by the NSW Dam Safety Committee. Modifications to the dam were required to provide the capacity for safe discharge for up to the probable maximum flood (PMF) event.

The concerns included the fact that if an extremely rare heavy rain event occurred, that over topping would occur as there was not enough combined spillway capacity to cope with the inflow.

Whilst examining the proposals to upgrade the dam safety, it was determined that the best financial value could be obtained by increasing the storage capacity of the dam, thereby increasing the secure yield and the ability of Council to provide a long term water supply to Bathurst. As a result of the upgrading works the capacity of the storage has been increased from 16,000 ML to 30,800 ML. Dam upgrading works covered dam safety, increased storage and supply yield, and included: