Determined to do their bit to reduce drink driving in Bathurst pubs, clubs and bottle shops have joined forces with the NSW Government to promote the Plan B campaign.

Plan B is a statewide initiative encouraging patrons to think about and plan an alternative to driving home after a night out.

Drink driving is one of the biggest causes of death and injury on country NSW roads.

More than three-quarters (79 per cent) of fatal crashes and 57 per cent of serious injury crashes involving illegal alcohol occurred in country areas.
In the western region, there were 368 casualty crashes where alcohol was a contributing factor in the five year period between 2013 and 2017. This resulted in 36 people killed and 219 seriously injured.

During December, patrons at participating pubs, clubs and bottle shops will be invited to enter a competition to nominate a Plan B for getting home.
“Catch a cab, walk home or throw a swag out on a mate’s floor - we don’t mind what your Plan B is, so long as it’s not driving home,” said Bathurst Liquor Accord President, Stumpy Taylor.

“Each entry nominating a Plan B will be placed in the running to win a swag valued at over $250.” 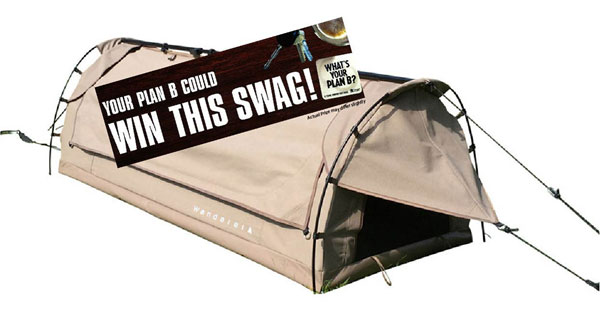 Local Radio station B-Rock FM 99.3 will also be promoting the Plan B message and giving out $20 Cabcharge gift cards on air to callers who ring in with their Plan B for getting home safely.

The promotion coincides with recent changes to drink driving laws which mean mid-range drink drivers (a blood alcohol concentration of 0.08 or more, but less than 0.15 ) will now spend at least three months disqualified and need to have an alcohol interlock installed in their vehicle for a minimum of 12 months.

Additional changes mean if you are a repeat, high-risk drink driver, police will also have the power to take your number plates or vehicle on the spot.

When planning a night out we encourage local patrons to think about a Plan B, but the best advice is to leave the car at home. That way there’s no temptation to try and drive home. A crash or a drink driving charge would not make for a happy new year.