NAIDOC celebrates the survival of Aboriginal culture and the Aboriginal contribution to modern Australia.  All Australians are encouraged to participate in NAIDOC Week activities. 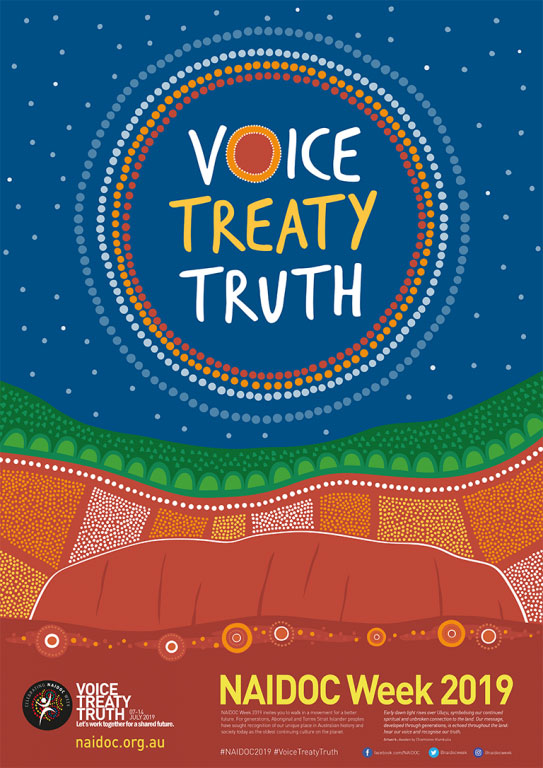 NAIDOC Week is celebrated nationally in the second week of July each year, however, the local Aboriginal community chooses to celebrate NAIDOC Week in September each year.

The Theme for National NAIDOC Week for 2019 is Voice Treaty Truth.  Let's work together for a shared future.  This theme celebrates the Indigenous voice of this country which is over 65,000 plus years old.  They are the first words spoken on this continent.  Languages passed down lore, culture and knowledge for over a millennia.  They are precious to our nation.

NAIDOC Week in Bathurst will be celebrated on Monday 8 July 2019 at 10am in the Council Chambers, with an official ceremony, followed by a flag raising ceremony at the flagpole in front of the Council building.

Each year, the community is further advised, that Bathurst celebrates NAIDOC Week later in the year, usually in September with events hosted by the local Aboriginal community, when the weather is warmer.  Details will be provided closer to the date.