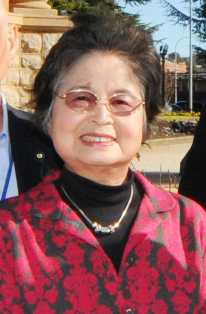 Looking back on our history as a city, one of the treasured stories is the bond our community has developed with Japan over the past 40 years.

One of our strongest ties to Japan came in March 1991, when Ohkuma and Bathurst signed a Sister City Agreement, formalising a relationship with the Japanese city and its people that has now spanned man years. However, more informal contacts had started in 1989 when an Ohkuma delegation came to Bathurst.

Since then, our community has welcomed various groups from Japan as part of sister school exchanges, farm stay and home stay programs and individual visits. We've welcomed Japanese people into our homes and many of us have experienced wonderful hospitality and made lifelong friends while visiting Japan.

Between 1990 and 2001, Ohkuma sent 50 to 250 people to Bathurst each year as part of the "Wings towards the 21st century" program. These days, the "Wings of Hope" program sees Ohkuma send about 15 students to Bathurst for one week each year. Bathurst and Ohkuma had also exchanged 2 to 4 students for a month each year for a number of years until 2011. Bathurst has sent 10 to 25 people to Ohkuma every 2 years. Many schools in Bathurst participate in other exchange programs with Japanese schools.

In March 2011, when the Tohoku Earthquake and Tsunami struck Ohkuma, we felt deeply for our Japanese friends. The Bathurst community pulled together, raising $70,000 to send to the Ohkuma people to help with schools. Despite Ohkuma town being lost, the relationship between Bathurst and the people of Ohkuma is still very much alive. In 2014, Bathurst sent a delegation to Aizuwakamatsu where most of Ohkuma citizens live now.

Japan holds a special place in our community's heart and the stories and memories that are created from these visits will last a lifetime.