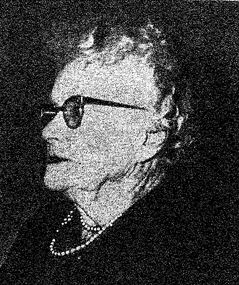 In 1926 a mother of 11 children, Mrs Beatrice Langford began a regular social dance for her children and their friends to be a part of her home in lower Howick Street Bathurst. With acreage behind the house known as Up Folds Flat and with more young people arriving, it became more than just a social dance. Many sports began to be played for the young people to let off steam and a social club began to take form which later resulted in the Charleston's Football Club.

The name Charleston was chosen by Ron Langford as this was the dance of the time that the group started to meet.

Two of Mrs Langford's sons Ron and Ivor together with future son in law Chris McGill were integral to the development of the club in its early years. Chris McGill came up with the clubs colours Red and Black, while Ivor was a strong driving force behind the atmosphere and activities of the football club, before his death at an early age.

The Langford family "Mrs Football" died 88 years old on the 21st September 1969. The Charleston's Football Club continued till 1989 when they amalgamated with Bathurst Leagues Club and became the Penguins and later became today's Bathurst Panthers.