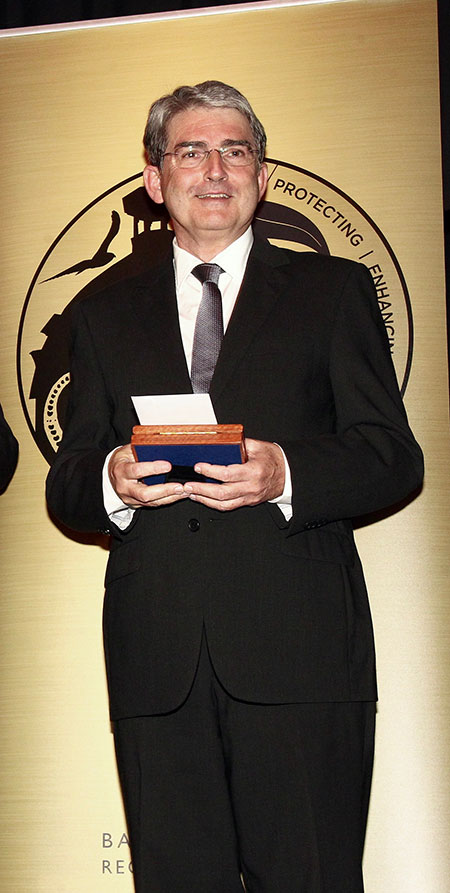 Well known for his relentless passion, willingness to lead and dedication to volunteering through the foundation of Docomomo Australia, Dr Robertson has committed his lifetime work to the promotion and enhancement of Australia’s twentieth century modern heritage.

The medal is a nationally recognised annual prize of $25,000 to an individual who demonstrates a significant contribution to the protection or promotion of Australia's built, social, cultural or environmental heritage.

Mayor Graeme Hanger OAM announced Dr Robertson as winner of the prestigious $25,000 national prize at a dinner at Carrington House in Bathurst on Saturday night.

“This award enables those individuals who have been recognised with the opportunity to share their passion and commitment broader afield and in taking the Bathurst Macquarie name with them, further spreading the reputation this city has for valuing and promoting its unique heritage,” he said.

“We congratulate Dr Robertson and wish him well in his future research and work highlighting some of Australia’s more recent people, places and events and look forward to utilising his incredible knowledge and expertise in our city over the next year.”

Dr Robertson has been specifically acknowledged for authoring the listing of more than 100 areas of heritage significance and specifically his studies on WW1 and WW2 sites and on Inter-War Housing in NSW for the NSW Heritage Office and the National Trust.

The inaugural Chifley Award, the major award of the newly introduced Bathurst Region Heritage Awards was also presented on Saturday night, with the award
presented to Dr David Goldney and Greening Bathurst.

Dr Goldney, in association with Greening Bathurst, created Cox's Road Dreaming; a project that comprises a guide book and set of maps that tells the story of Australia's first inland European ‘road’, built by William Cox linking Macquarie’s Flag Staff at Bathurst to Emu Ford on the Nepean River.

Dr Goldney said Greening Bathurst is a small organisation and it was a colossal team effort to make it happen.

“Without that support group it [the project] would never of come to fruition,” he said.